The inter-institutional alliance between the Fundación de Waal (FdW) and the organization Sociedad Amigos de los Niños (SAN) implemented a cascade training process in two localities of Honduras to create a culture of prevention of diseases and deficiencies that cause disabilities in unborn babies and infants up to two years of age.

A recent evaluation of this joint work shows very encouraging results. Thus, the change actions implemented by 10 Mediators of the SAN organization, who were trained through the Middle Course (CM) of the PreNatal program in Honduras, they achieved the training of 69 Agents of Change who replicated their knowledge through home visits to 498 beneficiaries and group actions to 1,189 people of reproductive age from the towns of Francisco Morazán and El Paraíso.

In August 2020, the FdW and SAN signed a Letter of Understanding for the training of their collaborators. This organization has 55 years of work in the care of children, adolescents and families of various Honduran communities and has been a pioneer in developing models of comprehensive protection for vulnerable sectors of society. Among them, adolescents and young people living in extreme poverty and at risk, through its human training program, employability and formal education.

This condition opened a conducive space for CM Mediators to select groups of young leaders willing to train as PreNatal Promoters, through the Basic Course (CB) in order to develop various activities with their peers and thus create a culture of prevention , especially focused on reducing adolescent pregnancy.

The intervention sought that the Promoters reflect and identify ideas and practices to prevent adolescent pregnancy and in turn assume self-knowledge and self-care of their Sexual and Reproductive Health, replicating these skills in the community.

Dr. Deysi Torres, program coordinator: Santa Rosa de Lima Clinic of SAN and Mediator of the Prenatal CM, stated that “The prevention approach used in the training has contributed to reducing adolescent pregnancy. Similarly, sexually transmitted infections in pregnancy have been reduced, and deliveries have been attended in a humane way. Comprehensive information has been provided to young people, as a result of what they have learned in the process, and it continues to be provided to nurses, who have understood pain management and childbirth, ”he said.

Rosa Reyes, who was also trained as a Mediator, agrees on the success of the program, both because of the knowledge received as part of the Middle Course, and the teachings that she has been able to transmit to her students. “I work at a girls-only school in SAN where we talk about preventing teenage pregnancy. We have been able to delve further into the knowledge we already had and the strategies to teach about this topic, “he said.

He stated that the students who received the Basic Course shared their knowledge with family members, classmates, friends and other members of the community and plan to continue with these actions, through the organization of talks on the prevention of adolescent pregnancy.

Preconception consultation, pregnancy planning, Sexual and Reproductive Health and adolescent pregnancy, the responsibility of the couple and the “#YoDecido” Campaign, are some of the topics that the Promoters received during their training.

Ana, Karen and Cindy are three young people who are part of the team of Promoters who passed the Basic Course. Their experience during this process has been positive, since they consider that the knowledge they received has allowed them to be informed about topics that could be considered taboo, “but that should be known, since this helps us to have an open and informed mind.” They point out that they, in turn, transmitted what they learned with other adolescents within SAN.

“We have the right to receive information on sexual rights, equity, pleasure, sexual freedom, information based on knowledge, and that although it is true we know that we have rights, we must understand that we also have obligations,” explains the Promoter Ana.

For her part, Cindy tells how she has replicated the information given in the CB, within her family, “when I talked to my sister about preventing pregnancy, the subject caught her attention, since we have a curious and interactive mind . I feel capable of solving her doubts, because I feel empowered by the subject, I spoke to her about planning methods and the risks for the baby and the adolescent, in the case of a pregnancy at that age ”, she indicates.

The multiplier effect of the knowledge and actions applied by the mediators is highlighted by Dr. Hugo Sanabria, CM monitor, who highlights that one of the strengths of this process, “has been the availability of SAN through its 10 collaborators for the training of its beneficiaries ”.

Videoconferences, social networks and messaging services have been channels for the transmission of the contents of the courses. This modality was chosen as a result of the health emergency caused by COVID-19, having as a precedent the successful experiences of the FdW in Ecuador and El Salvador, where this type of intervention had been applied after the confinements that were decreed to stop infections by the virus.

RESULTS AT THE LEVEL OF KNOWLEDGE, ATTITUDES, SKILLS AND PRACTICES (CACP´S)

Through surveys, which were applied at the beginning of the intervention with the Promoters and later at the end of their training, it was established that the impacts have been positive, since there is evidence of an increase in knowledge on topics addressed in the Basic Course. (See table)

Likewise, more promoters report knowing the meaning of the importance of self-knowledge and self-care.

The promoters indicate having a greater knowledge about how to prevent pregnancy at an early age, the responsibility that comes with being a father or mother in adolescence, the risks that adolescents are exposed to when they become pregnant, the conditions that can cause the unborn baby and the danger of Sexually Transmitted Infections (STIs). 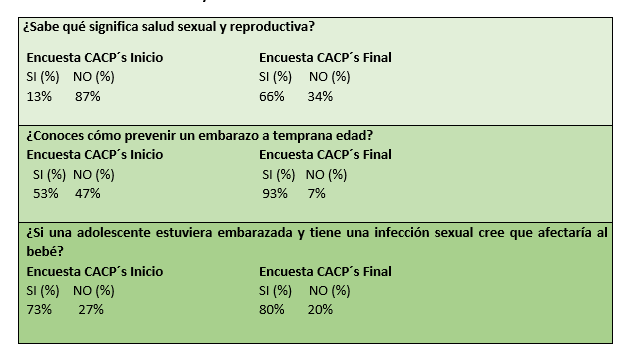 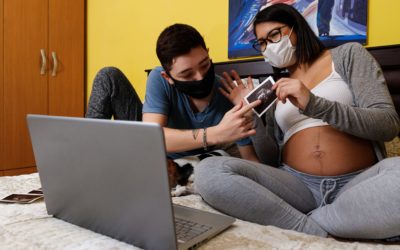 Online training is 80% subsidized by the FdW and has contributions from international experts and... 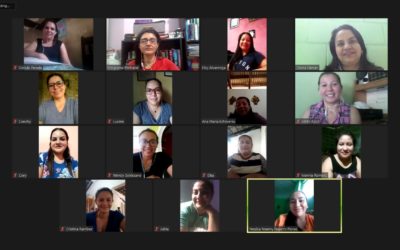 🇸🇻 The two organizations have signed a Cooperation Agreement to develop training and... 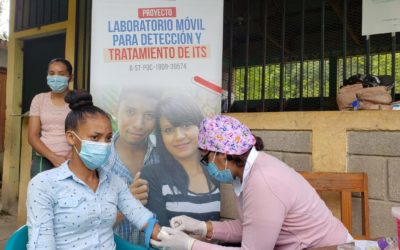 Honduras: Mobile laboratory for detection and care of STIs